Guest post: PETER BEHRENS (author of THE O'BRIENS) on the editing process 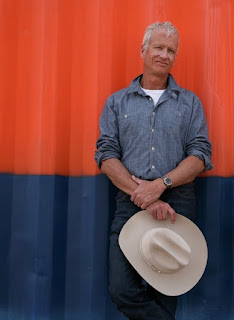 To write fiction I need a kick-start, and that usually means letting myself write raw, unedited first drafts in pencil. This is when my subconscious turns loose (I hope!) imagery and scenes my conscious mind has not processed yet. I will spew out a first draft with pencil and paper, and it is messy and ridiculous. I try to do as little self-editing at this stage as possible. But I usually do have a sense of the direction I want to go, a sense of the emotional/tonal/dramatic place that I want the scene/chapter to reach — a place I need that scene/chapter to get to.

When I have that raw and ugly first draft of a scene or chapter down — even if it is unfinished and open-ended, trailing all kinds of loose threads, I usually stroll out of my office feeling exhausted, with a sense of accomplishment. I'm also wondering at the strangeness , ridiculousness, and inefficiency of my process. I leave the raw draft alone for a night. I need some distance from it. It's like it's too hot to handle.

I go back to it in the morning, read over what I've written, and begin seeing how I might make it clearer, better, sharper. From that point on I want to unpack the raw draft, follow all the hints my subconscious has left for me. And eventually I want to be as clear and simple as possible. I try to make my prose glass so you can see through it. I want the reader to feel the roundness of scenes and characters, though literary “realism” is an illusion, of course. The “reality” I'm creating is as structured, composed, and unreal as any other sort of fiction — but I still want the reader to feel they know these characters, I want readers to inhabit their houses and rooms and know the smells, and the quality of the sunlight outside . . . I want to persuade readers to inhabit the characters and their worlds as wholly as possible.

Editing becomes almost endless. It feels endless. Takes months, years. Near the end of it I'm just putting in and taking out commas. Of course it's never really over. When I read the book as a physical book, for the first time, I catch knots in the syntax and grammar that I've missed . . . I see how structure could be improved . . . but it's too late! Time to move on to the next book.

I learned about being edited as a screenwriter where I was paid to sit in a room and listen carefully while people told me everything I had done wrong in my screenplays. One important thing a screenwriter must learn is to LISTEN. You may disagree, and shelve the criticism, but if it's coming from a source you respect, LISTEN TO IT FIRST. Think it through. Don't get defensive; listen. Then, later, make up your own mind whether it makes any sense. Good editors can point out clearly when something is not working, then they leave the fixes to the writer.
Posted by Janet at 9:46 AM