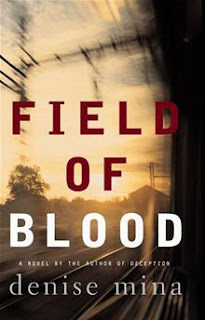 When I learned that Ian Rankin would be hosting an evening with Denise Mina and Michael Connelly during IFOA here in Toronto in October, I was delighted to find one of her novels in a stack of cottage reading.

Rankin blurbs that Mina is "one of the most exciting writers to have emerged in Britain for years," and Connelly gushes, "really quite wonderful. I am a true fan." And these two know what they are talking about.

Set in Glasgow in 1981, a toddler goes missing from his garden and two young boys are subsequently arrested for beating the child to death and leaving him on the railroad tracks. Protagonist Paddy Meehan is working for the Scottish Daily News where she dreams of becoming an ace investigative journalist some day. When one of the boys turns out to be a cousin to Paddy's fiance, Paddy attempts to distance herself from the emerging story but finds herself all the more in the thick of things.

If you haven't already found Denise Mina and you devour mysteries, add her to your list.
Posted by Janet at 3:17 PM No comments: 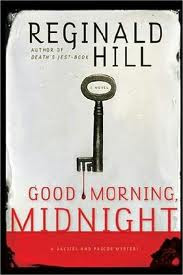 Anyone who uses Emily Dickinson as a literary springboard has my attention.

Hill is an acknowledged master of the genre whose "intelligence, quick humour [and] compassion...blends elegance and grace." In this mystery, DS Andrew Dalziel is faced with what appears to be a copy cat suicide when Pal Maciver's corpse is discovered in a locked room where his father offed himself 10 years before.

Dalziel is determined to uncover the truths about both the past and the present and finds himself revealing curious connections beyond Yorkshire to London, NYC and even Iraq. Throw in a hooker who is actually the meek younger sister of the local vicar and you have a compelling web of deceit to unravel.
Posted by Janet at 3:06 PM 1 comment:

This YA novel follows twins Pollyread and Jackson as they complete their grade 6 year in a small country school in Jamaica where they are known and loved by their classmates and teachers.

Infused with local belief in duppies, colourful descriptive detail of the landscape and authentic dialect, this first novel is a revelation.
Posted by Janet at 10:02 AM No comments: 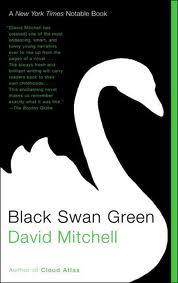 This coming of age novel set in Warwickshire in the early 1980s reads more like a memoir from the point of view of 13-year-old Jason Taylor, who is a burgeoning poet, and adolescent outsider who is reconciling with his emerging sexuality as all teens do.

It is funny and warm and insightful and rife with pop cultural and political references. Anyone who suggests "Neil Young's voice sounds like a barn collapsing, but it's dead epic" [and that's a good thing] has my attention.
Posted by Janet at 9:59 AM No comments:

TRAVELING MUSIC: THE SOUNDTRACK TO MY LIFE AND TIMES by Neil Peart (2004)

RUSH drummer and lyricist Neil Peart is a favorite creative nonfiction writer of mine. If you haven't stumbled onto Ghost Rider: Travels on the Healing Road, you must make the time for Peart's very personal account of his grief journey when his only daughter was killed in a car crash and he buried his longtime spouse a year later.

Traveling Music is lighter fare, though it has the same personal touches with letters to Brutus (a longtime dear friend to Peart) and actual journal entries from his 6-day 2500 mile round trip from Santa Monica to Big Bend National Park in southwest Texas in his dream car, a BMW Z-8. There are plenty of flashback sequences to Peart's formative years in St. Catharine's and then London, England and back to Toronto where he auditions successfully as the replacement drummer for RUSH.

What delighted me about this particular story is the breadth and intelligence with which Peart cultivates his burgeoning list of musical favorites which predictably includes Buddy Guy and not so predictably Frank Sinatra, Linkin Park, Patsy Cline and Madonna.

You'll find that Peart's narrative meanderings will lead you to your own nostalgia about the music of your youth.
Posted by Janet at 1:34 PM No comments:

I found this meaty biography on a cottage bookshelf and decided to dip in to remind myself why Eliot was considered such a great poet, albeit a supremely emotionally damaged man.

The youngest in the St. Louis-based Eliot family, Tom was educated at Harvard and moved to London where he became a banker and then an editor of The Criterion (where he published Ezra Pound)and at Faber and Faber where he published the esteemed American poet W.H. Auden among other notables of their generation.

Eliot spent fractious years with his first wife Vivienne who was institutionalized repeatedly for mental instability. They split with the encouragement of their common friends the Woolfs and Ottoline Morrel. In 1939, inheriting the lyric cloak of W.B. Yeats, Eliot gave the first speech in Dublin and in 1948 he received the Nobel Prize for Literature, an honour and a burden since he would no longer enjoy the privacy he so coveted.

It will turn me back to his great pieces including "The Waste Land," "The Four Quartets," "Sweeney Agonistes," "The Love Song of J. Alfred Prufrock" and his plays Murder in the Cathedral, The Cocktail Party and The Elder Statesman (the only one written when he was admittedly happy in his marriage to his second wife Valerie Fletcher in the decade before his death in 1965).
Posted by Janet at 5:02 PM No comments: 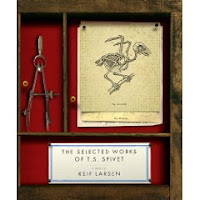 Pick up this first novel that Stephen King blurbed: "It combines Mark Twain, Thomas Pynchon and Little Miss Sunshine. Good novels entertain; great ones come as a gift to the readers who are lucky enough to find them. This book is a treasure."

Twelve-year-old map-making obsessed genius Tecumseh Sparrow Spivet will grab you by the hand and pull you along his cross country journey from his family ranch in Montana to his mecca, the Smithsonian in Washington D.C.

Read Larsen's delightfully whimsical book and admit that fiction has no boundaries. You will slow down to read all of the marginalia, turning the novel to its side and upside down to examine all of T.S.'s sketches and musings.
Posted by Janet at 1:18 PM No comments:

I will read any title by Roth--one of the finest English language novelists working today.

INDIGNATION is set in the 1950s, the time of the Korean War. Protagonist Marcus Messner decides to transfer to an out-of-town college in his sophomore year, primarily to get away from the controlling hand of his father, a man whom he respects for his earnest work ethic.

There he meets Olivia, the daughter of a doctor alum who has a history of mental illness--a fact that eludes Marcus for some time as he is swept up by the whirlwind of new passion and sexual awakening. At the conservative campus of Ohio's Winesburg College, Marcus discovers that he is more of an outsider than he could even imagine.
Posted by Janet at 11:29 AM No comments: 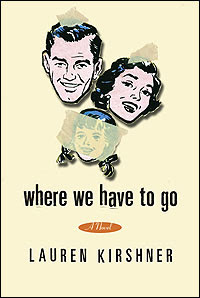 Lucy is eleven when we meet her in this "sparkling first novel" and we watch her find her way in her world through fantasy and reality. Through the unexpected kindness of "Crashing Wave" (a former exotic dancer) at Lucy's dad's AA meeting and the tension of her parents' temporary split, Lucy navigates her way messily through adolescence as an outsider and develops an eating disorder that has her institutionalized where she is known as "Bananas" rather than her name.

Set in Toronto in the 1990s rife with pop cultural cues and the angst that adolescence is for most of us, WHERE WE HAVE TO GO acknowledges that more often than not the most difficult journey we have to take is the one home.
Posted by Janet at 11:22 AM 1 comment: