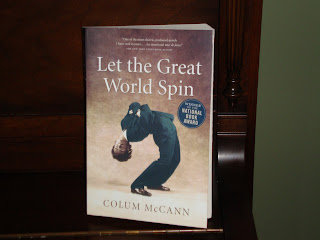 In this great symphony of a novel Colum McCann weaves several voices together to form a tapestry that was New York City in August 1974 when Phillipe Petit strung steel cables between the World Trade Centre towers and walked from one side to the other in a scandalous stunt.

Each of the narrative voices is distinct and convincing--grieving mothers of Vietnam Vets, a young painter, an Irish monk and his brother who intends to save him, a prostitute and her daughter, and a well-respected judge.

McCann recreates a time and place so beautifully that it's hard to believe that he didn't experience the moments himself.

This is the finest novel that I've read in a long time and the prose is as extraordinary as the story itself. If you liked Michael Cunningham's THE HOURS, then you must get yourself a copy of LET THE GREAT WORLD SPIN and prepare to be astonished.
Posted by Janet at 10:44 AM 1 comment: 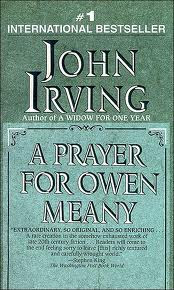 This is a novel that I re-read every year not only because of its plotting brilliance, but also because of the way I feel connected to my brother who died in 1994. It's a book that I gave him for his birthday in 1992 and it's one that I know he adored because he, like the narrator John Wheelwright and his best friend Owen Meany, attended a private boarding school for boys, and recognized some of his own antics in the pages of Irving's story.

There is a fatal incident with a baseball at the beginning of the book that's reminiscent of Robertson Davies' trick with the stone-filled snowball in FIFTH BUSINESS and that is no accident as Irving is an admitted fan of Davies. From that moment, the tale unfurls, in brilliant pacing with just the right amount of humour, social satire and political referencing. Irving shifts the narrative effortlessly from the 1950s/60s past to the 1980s present when Ronald Regan is the president and muddling about in the Iran/Contra scandal and his Star Wars policy, and the protagonist is teaching at BSS, a private school for girls in Toronto.

In an interview last fall at IFOA in Toronto, John Irving explained how for all of his novels he knows the last sentence first and from that is able to backfill the narrative. Here's that final line: "Oh God--please give him back! I shall keep asking You."

I think of the narrative structure of A PRAYER FOR OWEN MEANY as cyclical. Just consider its opening in relation to the end: "I am doomed to remember a boy with a wrecked voice--not because of his voice, or because he was the smallest person I ever knew, or even because he was the instrument of my mother's death, but because he is the reason I believe in God; I am a Christian because of Owen Meany."

If you admire 19th century novelists like Thomas Hardy or Charles Dickens, then you must read their late-20th century inheritor John Irving.
Posted by Janet at 7:39 AM No comments:

At the opening of this thriller Mansell Quinn is released from prison after serving 14 years for killing his lover and it would seem that vengeance is his. Soon after his discharge the body of his ex-wife is found bludgeoned in her home. It seems more than a coincidence.

Detective Ben Cooper and his boss Diane Fry comb through the old case notes for clues and discover that there may be other potential victims out there, including former army pals and Quinn's own adult children, and the fugitive Quinn cannot be found. Cooper is the son of the copper who put Quinn behind bars, so he might also be a target.

Galloping along at a breakneck pace, ONE LAST BREATH will have you second-guessing yourself until the reveal, but not before there are other victims in this tragedy's wake.
Posted by Janet at 7:33 AM No comments:

LONELY: LEARNING TO LIVE WITH SOLITUDE by Emily White (2010)

I heard Emily White interviewed on CBC radio when the book launched and was intrigued enough to request a copy from the Toronto Public Library which I picked up on the weekend.

LONELY opens with the UCLA Loneliness Scale, a form with about a dozen questions that prompts you to rate yourself on a frequency scale from 1 (never) to 4 (always). Although the form smacks of a Cosmo survey, White does return time and again to empirical evidence and scientific studies about loneliness and how to distinguish it from clinical depression.

I was more interested in reading about her story, the memoir part of the book, rather than being educated about loneliness research. I didn't mind the inclusion of conversations with other lonely people, but at times found it all a little too precious. What irked me most about the book was how this previously heterosexual woman could only find the antidote to her loneliness in the company of a beautiful lesbian with whom she now lives in St. John's.
Posted by Janet at 7:26 AM No comments:

THE MISTRESS OF NOTHING by Kate Pullinger (2009) 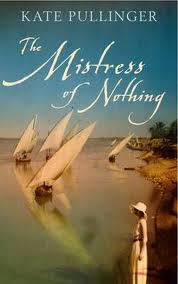 With tony literary friends including George Meredith and Alfred Tennyson, translator Lady Lucie Duff Gordon is the toast of Victorian London. After a collapse at the dinner table one evening, her doctor insists that she set sail for warmer and drier climes in Egypt where there is some hope that her tuberculosis may be treated. Lady Duff Gordon must leave her husband and children behind in England and is accompanied by her longtime faithful and devoted maid Sally first to Alexandria and then down the Nile to Luxor.

In Luxor, Lady Lucie adopts native dress and throws herself into the cultural wonder that is Egypt by embracing Arabic lessons, trying foreign menus and journeying to the famous ruins. Aided in her transition to this life by her dragoman Omar, Lady Duff Gordon writes enraptured letters home daily to her family, and those letters are published as a book, a boon that helps to finance her stay in Egypt.

MISTRESS OF NOTHING is told from Sally Naldrett's wide-eyed perspective as she experiences a whole new world in service to her Lady Lucie. In Egypt, Sally's apparent freedoms are ones she can ill afford in her position and her opening gambit that "the truth is that, to her, I was not fully human," is not only heartbreaking but true.

Partially based on the actual Letters from Egypt by Lady Duff Gordon (in print since their original publication in 1865) MISTRESS OF NOTHING is a novel that will transport you to 19th century Egypt's sights, sounds and smells so convincingly that you'll feel you've taken the journey yourself.
Posted by Janet at 5:07 PM No comments:

THE EVOLUTION OF JANE by Cathleen Schine (1998) 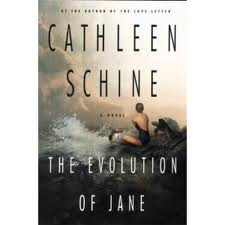 Jane is a twenty-something divorcee whose parents have given her the present of a trip to the Galapagos with the hope that she will put her marriage resolutely in her past. Jane is fascinated by Darwin's research and is quite delighted by the opportunity to follow in his footsteps.

When she arrives, she is greeted by the tour guide who happens remarkably to be her once-best-friend Martha, a childhood playmate from two doors down who also happens to be Jane's cousin. They fell out of touch, but now this excursion living in close quarters on a boat called the Pequod (in homage to Moby Dick), will challenge their ideas about each other.

The novel flips back and forth between Jane's childhood and the journey through the Galapagos where there is ongoing reference to Darwin's ideas and his writing as the dozen tourists tramp about the islands in awe of the flora and fauna that includes bachelor sea lions licking their amorous battle scars, miniature penguins who consider the humans annoying interlopers, and massive tortoises on whose backs, Darwin and his crew from The Beagle may well have ridden themselves.
Posted by Janet at 9:45 AM No comments: 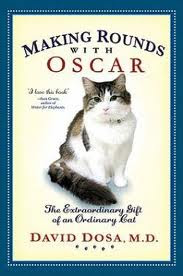 David Dosa is a geriatrician working in Boston. He is the attending physician at a nursing home where many of the patients have dementia. MAKING ROUNDS WITH OSCAR: THE EXTRAORDINARY GIFT OF AN ORDINARY CAT is his account of one of the resident felines, who seems to have the knack for knowing when one of the human residents is going to die and is determined to bear witness to that passing and provide whatever comfort he can for both the dying patient and those left behind at the bedside and beyond.

Told in a series of anecdotes, this memoir shows the capacity of pets, and one in particular, to demonstrate an understanding of loss and the importance of true companionship in what may be our darkest hour. Although initially skeptical himself, Dr. Dosa soon comes to value Oscar's instinct and looks to this ordinary often-aloof and typical cat for guidance in terms of timing and supporting his dying patients.

MAKING ROUNDS WITH OSCAR is genuine pet therapy hard at work.
Posted by Janet at 9:38 AM No comments:

THE LOVE LETTER by Cathleen Schine (1995) 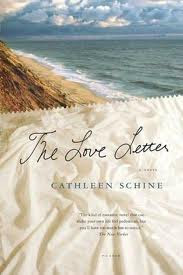 Helen is a forty-something divorcee who has her own bookshop in the little east coast town where she grew up. Her daughter Emily has gone off to summer camp and although Helen misses her only child almost viscerally she is able to fall head over heels for Johnny, one of the college students working for her, without consideration for anyone but herself. Johnny has the arrogance and irresistibility of youth and the two of them spiral into an affair that is at once both forbidden and enviable.

An anonymous love letter using nicknames arrives one day at the store where Helen has all of her mail posted and she becomes obsessed by the idea of discovering who its author is. That journey leads her through several misconceptions and finally to its true, surprising source.

Summer loving has never seemed so grown up, especially when Helen's mother Lilian and grandmother Eleanor come to stay and add a n'importe quoi to the household.

I especially enjoyed the many references to existing epistolary correspondences like those from Elizabeth Bishop, Emily Dickinson and Anais Nin, as well as the fully realized work life inside a bookstore. THE LOVE LETTER made me long for a bookshop of my own, just as 84 CHARING CROSS did.
Posted by Janet at 10:28 AM No comments: