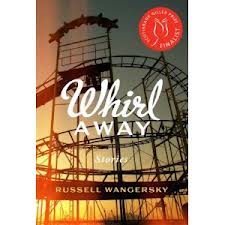 Wangersky's WHIRL AWAY is dark, taut, masterful. Shortlisted for the 2012 Scotiabank Giller Prize, these stories explore our frangible humanity and the ordinary complications of daily lives. Wangersky is unflinching in each narrative. And, every word matters. He has followed Hemingway's dictum to "write the truest sentence that you know" time and time again. These carefully crafted stories make me think of Richard Ford's suggestion that "literature is good for taking you back to life with an enhanced sense of life's possibility and importance."

It will be interesting to see if this year's Giller Prize jury of Roddy Doyle, Anna Porter and Gary Schteyngart will anoint this gritty collection on Tuesday evening.
Posted by Janet at 10:56 AM 2 comments: 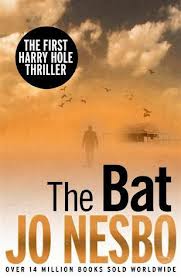 Norwegian crime fiction darling Jo Nesbo first published THE BAT in 1997 and Detective Harry Hole was an instant hit. It's appearing in English for the first time, translated by Don Bartlett.

In Australia a beautiful Norwegian girl taking a gap year has been murdered and Harry has been sent on behalf of the embassy to assist in any way he can. He soon discovers that Inger Holter's rape and strangulation may be connected to others, where all of the victims have been young blondes. Partnered with an affable indigenous cop with a heroin addiction, Andrew Kensington, Harry finds himself befriending hookers, thugs, a cross-dresser whose day job is as a clown in a demented circus, and a pimp as he inches closer to the truth.

Rife with aboriginal lore that gives the novel its title, backstory that reveals Harry's emotional vulnerability, the potential love of a good woman, and a cast of intriguing supporting characters who contribute to the adrenaline rush and misdirection of a whip-smart plot, Nesbo's debut novel will hook you. There's no doubt about it.
Posted by Janet at 1:18 PM No comments: