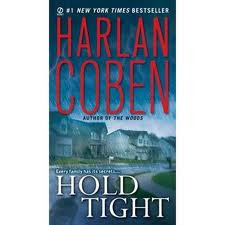 Mike and Tia Baye realize that they are losing touch with their increasingly secretive teenaged son Adam. Since the suicide of his best friend Spencer, Adam has become predictably moody and withdrawn. In a paradoxically responsible and desperate step, Mike and Tia decide to have spy software installed on their son's computer to try to monitor his online behaviour and to figure out what he might be struggling with that simmers just below the surface and beyond their ken.

The Bayes aren't the only family with secrets, though. A neighbourhood family, the Lorimans, is also struggling with the upsetting reality of their 10-year-old son Lucas's rare degenerative disease (FSGS) and without a kidney transplant Lucas is not likely to see his next birthday. Mike is involved in Lucas's case tangentially because he referred the Lorimans to his medical partner Dr. Ilene Goldfarbe at New York Presbyterian, one of the finest transplant surgeons in the country. Time is running out for Lucas as it is difficult to find a matching donor and since Lucas is an only child, his best hope, a sibling, is out of the question. And, there are other complicating factors that involve high stakes secrets of their own.

With prescient heartache just below the pulse of daily life in the community there is also a pattern of gruesome killings of women and an apparent stalker/serial killer who threatens to destroy any remaining sense of security.

In order to try to save his son, Mike finds himself entwined in a dark underworld that involves prescription drugs (to which he has ready access as a medical doctor) and pursued by the FBI.

In HOLD TIGHT, Coben probes parental fears about abduction and loss and leads you along the twisted path to redemption. There were moments during my reading that I felt my pulse quicken and my heart pound as I worried what could possibly come next.

Like Alafair Burke, Harlan Coben creates a world that is immediately recognizable and all the more terrifying because of those knowable details. And, so far, I can trust him to mete out suitable punishment to those whose inhumanity to man is sickening and to recognize the tenderness at the heart of most human relationships, messy though the journey may be.
Posted by Janet at 8:55 AM