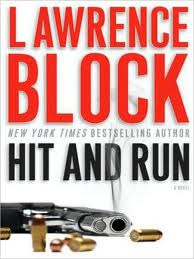 What is not to like about Block’s hired killer Keller, a devoted philatelist who takes “so many precautions” in his paid job that he trips over them? Just imagine what might happen to him if he weren’t the adorable paranoid that he is. And, as he insists to his colleague Dot, this one is definitely the last job (paid up front, of course) he’s going to do before getting out of toxic waste disposal racket.

Keller is in Des Moines, Iowa, awaiting the go-ahead from his client, minding his own business at a stamp shop where he can’t resist adding to his burgeoning collection a few Scandinavian “official reprints. Mint, decent centering, and lightly hinged” that he bargains down to $600 cash. When the background music on the radio is interrupted by a news bulletin with the announcement that the visiting charismatic Governor of Ohio has been gunned down, Keller understands immediately that he’s going to be made the patsy, even though he has an airtight alibi in the shopkeeper.

Like the characters in The Wire who understand “the game is the game,” Keller plays it cool for a while, puzzling out how he’s going to be able to make it back home to New York safely. Dot insists that Keller, “lay low as long as you have to, if you’re sure you’re in a safe place. Don’t even think about doing the job for Al, not as long as there’s the slightest chance that this might be a setup.” Soon enough Keller sees his face plastered on CNN with the caption, “THE FACE OF A KILLER.” And, then, he receives a computer-generated voicemail message, “completely uninflected and straight out of a science-fiction movie” that “pronounced a series of words one at a time: ‘Ditch. The. Phone. Repeat. Ditch. The. Damn. Phone.’” And, just like that, Keller’s on his own.

There are many obstacles that get in Keller’s way as he tries to remain under the radar on his way back to his New York apartment. There is the matter of his appearance, of course, that he only temporarily hides under the peak of a Homer Simpson ball cap; also, the fact that he can’t risk using credit or debit cards whereby his cross-country progress would surely be traced and he’s getting low on cash. If only he hadn’t bought those precious stamps! When Keller comes face-to-face with two great losses in his life, “that filled him with pain and regret,” he realizes that eventually, “you didn’t have to forget things, not really. You just relaxed your grip on them and they floated off all by themselves.”

After driving away from New York with no particular plan, Keller finds himself in post-Katrina New Orleans where strolling one evening he ends up acting out a Tennessee Williams kindness-of-strangers turn and saving a life. And, the fates, for once, find their way and smile kindly upon him in return. There he is able to begin again, hired on by an enterprising contractor, to renovate those devastated spaces and in the process to find out the kind of man he truly is.

Smart, witty and unabashedly take charge, Lawrence Block’s Keller is my newest crime-fiction crush.
Posted by Janet at 11:59 AM

Janet, I think that crush is mutual...